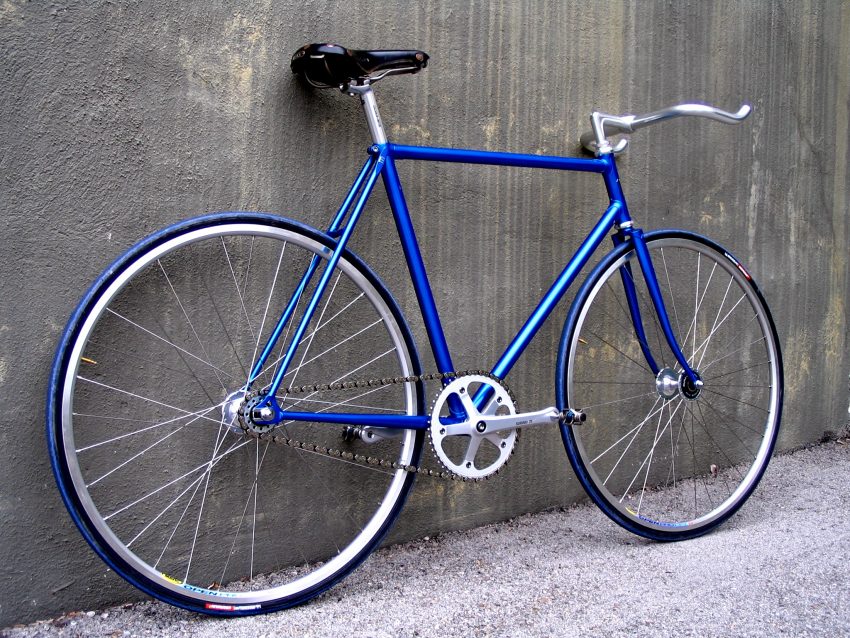 FacebookTwitter
Some instructions for disassembling Sturmey-Archer gears include a mysterious statement such as this:
“Next, unscrew the right-hand ball ring but because it has a two-start thread and must be replaced in its original position, that position must be marked. String or adhesive tape may be attached to the spoke nearest to the letters ‘SA’ which are stamped in one of the notches on the ring.” (From the 1956 Master Catalogue, sub-section 4, page 15, paragraph 1.)
The reason for replacing the right-hand ball ring in the same position is as follows. If the ring is screwed back in the alternative position, 180 degrees out from its original position, there could be some slight distortion of the completed assembly, due to a very slight difference of alignment between the hub shell and the ball ring. Whilst not noticeable at the hub end, it can result in the rim being slightly out of true. (The longer the spokes, the more the discrepancy is amplified.) So the precaution is in order to avoid the possible need to re-true the wheel.
This matter is not well documented but the rare 1992 Sutherland’s Handbook of Coaster Brakes and Internally Geared Hubs makes the point clearly. To facilitate correct re-assembly, Sutherland’s advises marking the ball ring at the point nearest the lubricator, rather than attaching tape or string to a spoke.
The reason for the two-start thread is to facilitate screwing the ball ring in relatively quickly, while having a stronger mechanical connection than an equally fast single-start thread would offer. For a given screw pitch, a two-start thread will screw in twice as fast as a single-start thread.